Skip to main content
Home » What’s New » What Is a Cataract?

A cataract is a dense, cloudy area that forms in the lens of the eye. A cataract begins when proteins in the eye form clumps that prevent the lens from sending clear images to the retina. The retina works by converting the light that comes through the lens into signals. It sends the signals to the optic nerve, which carries them to the brain.

It develops slowly and eventually interferes with your vision. You might end up with cataracts in both eyes, but they usually don’t form at the same time. Cataracts are common in older people. Over half of people in the United States have cataracts or have undergone cataract surgery by the time they’re 80 years old, according to the National Eye Institute. 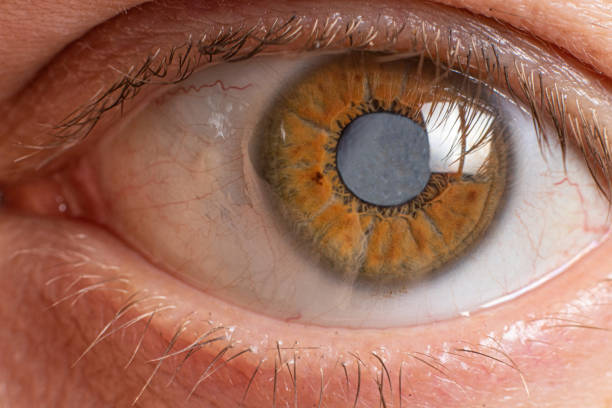 Common symptoms of cataracts include:

There are several underlying causes of cataracts. These include:

There are different types of cataracts. They’re classified based on where and how they develop in your eye.

Risk factors associated with cataracts include:

Your doctor will perform a comprehensive eye exam to check for cataracts and to assess your vision. This will include an eye chart test to check your vision at different distances and tonometry to measure your eye pressure.

The most common tonometry test uses a painless puff of air to flatten your cornea and test your eye pressure. Your doctor will also put drops in your eyes to make your pupils bigger. This makes it easier to check the optic nerve and retina at the back of your eye for damage.

Other tests your doctor might perform include checking your sensitivity to glare and your perception of colors.

If you’re unable or uninterested in surgery, your doctor may be able to help you manage your symptoms. They may suggest stronger eyeglasses, magnifying lenses, or sunglasses with an anti-glare coating.

Surgery is recommended when cataracts prevent you from going about your daily activities, such as reading or driving. It’s also performed when cataracts interfere with the treatment of other eye problems.

One surgical method, known as phacoemulsification, involves the use of ultrasound waves to break the lens apart and remove the pieces.

Extracapsular surgery involves removing the cloudy part of the lens through a long incision in the cornea. After surgery, an artificial intraocular lens is placed where the natural lens was.

Surgery to remove a cataract is generally very safe and has a high success rate. Some of the risks of cataract surgery include infection, bleeding, retinal detachment, though incidences of all those complications are less than 1%. Most people can go home the same day as their surgery.

Outlook of a Cataract

Cataracts can interfere with daily activities and lead to blindness when left untreated. Although some stop growing, they don’t get smaller on their own. The surgical removal of cataracts is a very common procedure and is highly effective roughly 90 percentTrusted Source of the time, according to the National Eye Institute.

To reduce your risk of developing cataracts:

Credits to the Original Article: https://www.healthline.com/health/cataract#prevention